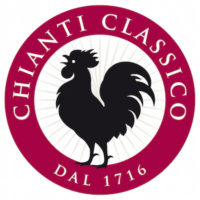 An Exploration of the Terroirs of Chianti Classico
with Antonio Galloni, Founder, Vinous

Miami, FL – April 29, 2015 – Whichever the producer, the common ground is always the same: membership in Italy’s oldest wine consortium, which brings together wineries of different sizes and origins under the same symbol, the Black Rooster. A presentation of the latest Chianti Classico vintages to the top wine experts and press will be held May 13 in New York City at the historic The New York Public Library (5th Ave and 42nd Street). It represents a unique occasion for learning all about the Chianti Classico appellation, its labels and what’s new in one of the world’s most important wine territories. Over 30 of Italy’s most distinguished producers will present what makes the Gran Selezione Chianti Classico’s top-tier wine, including its virtues and characteristics that elegantly express the Tuscan wineries’ grandest selections, along with their Chianti Classico latest releases and Riservas.

The event will debut with the “An Exploration of the Terroirs of Chianti Classico” masterclass tasting with Antonio Galloni, Founder of Vinous, from 11 am to 12.30 pm. Trade and media will have the opportunity to engage with Chianti Classico producers and taste in addition to the Gran Selezione, Chianti Classico Vintages and Riserva wines in the magnificent Edna Barnes Salomon Room during the afternoon walk around tasting from 1 pm to 5 pm.

Gran Selezione, a new type of Chianti Classico at the summit of the Black Rooster denomination’s quality pyramid was first presented to the world a little over a year ago. It signified a true trend reversal. For the first time in the history of Italian Wine denominations, Consorzio Vino Chianti Classico created a new type of wine, positioned at the summit of the quality pyramid and not at its base. Chianti Classico Gran Selezione is a wine that responds solely and exclusively to criteria for high-range placement and it was immediately projected into a well-defined market space. Fifteen months from its launch, Gran Selezione is being produced throughout the Chianti Classico territory in all of its communes, with 73 wineries that were already certified in 2014 and at the beginning of 2015, for one or more vintages, for a total of 78 labels of Chianti Classico Gran Selezione. In 2014, a million and half bottles were produced generating nearly 35 million euros in sales.

It is worthy of note that the Black Rooster registered the best performance among Tuscany’s great reds in the past year. In 2014 overall sales rose 5% thanks to further growth in exports, which in 2014 reached 82% of output, the highest ever; the USA being once again the number one market. Chianti Classico’s performance is in line with overall trends in the Italian wine sector that sees America consolidating its position as a strategic market. An apparent “return to the past” since this market continues to be “enamored” of Italian wine, and Tuscany’s most of all.

“We are very pleased with market trends,” stated both by the President and General Director of the Consortium, Sergio Zingarelli and Giuseppe Liberatore respectively. “An achievement partly due to the locomotive effect of Gran Selezione, the new type of Chianti Classico presented to the trade one year ago. By introducing Gran Selezione wines, Chianti Classico sent the market a definite signal of its will to further increase the qualitative level of the denomination and this decision certainly had positive impact on product image and sales.
Today Gran Selezione is at the summit of the Chianti Classico quality pyramid, with sales accounting for about 4% of the total, but it has given and will be giving fundamental impulse to all of Chianti Classico. It is a type of wine that we very much longed for and that has further qualified our offer. A great wine,” Liberatore concludes, “which has already been highly acclaimed by the international wine press and public and just in a short time joined the ranks of the world’s finest wines”. 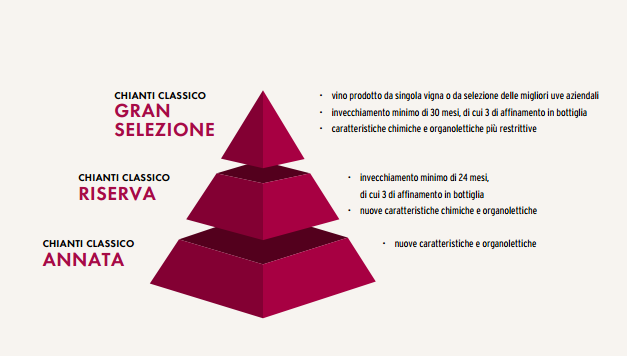 The Chianti Classico Wine Consortium was founded in 1924 to provide the regulation of and promotion for the Chianti Classico D.O.C.G., the historical winemaking region comprised of 172,900 acres in the heart of Tuscany. Its boundaries were formally defined in 1932, the word “Classico” (translated to “the first” or “the original”) was attributed to the appellation created in the territory where Chianti wine was originally produced and the only one which nowadays can geographically bear this name (e.g. Greve, Castellina and Radda “in Chianti”). With 566 members, of whom approximately 371 are bottlers, the Chianti Classico Wine Consortium now represents 96% of the entire denomination and has up-to-date, well-structured and professional organization in charge of the mission for which it was created: protecting and valorizing Chianti Classico wine and its trademark.
More information can be found at www.chianticlassico.com.

To register for trade and press portions, please visit www.ieemusa.com.